Downtown Las Vegas – A Giant Canvas for Arts and Culture

The rich and storied history of Downtown Las Vegas celebrates its only-in-Vegas roots with the likes of iconic neon signs, vintage hotel/casinos evocative of a glamorous bygone era and the influence of organized crime that helped the city get its start as the Entertainment Capital of the World. Today, Downtown Las Vegas – at every turn – is a literal landscape for culture and the arts.

Old neon signs that would otherwise be sent to the dump or imploded to make way for newer, shinier hotels, enjoy a permanent home at the Neon Museum that has become a celebrated spot to photograph rock bands, celebrities, brides and fashion models.  Just last week, the iconic 80-foot-tall neon guitar from the Hard Rock Hotel that is now being reimagined by Sir Richard Branson as a Virgin property, made its way to the Neon Museum.  Coming soon is an exciting exhibition of Tim Burton’s original fine art. From Oct. 15, 2019 through Feb. 15, 2020, the renowned American film director, producer, artist, writer and animator will stage this rare exhibition of his original works. 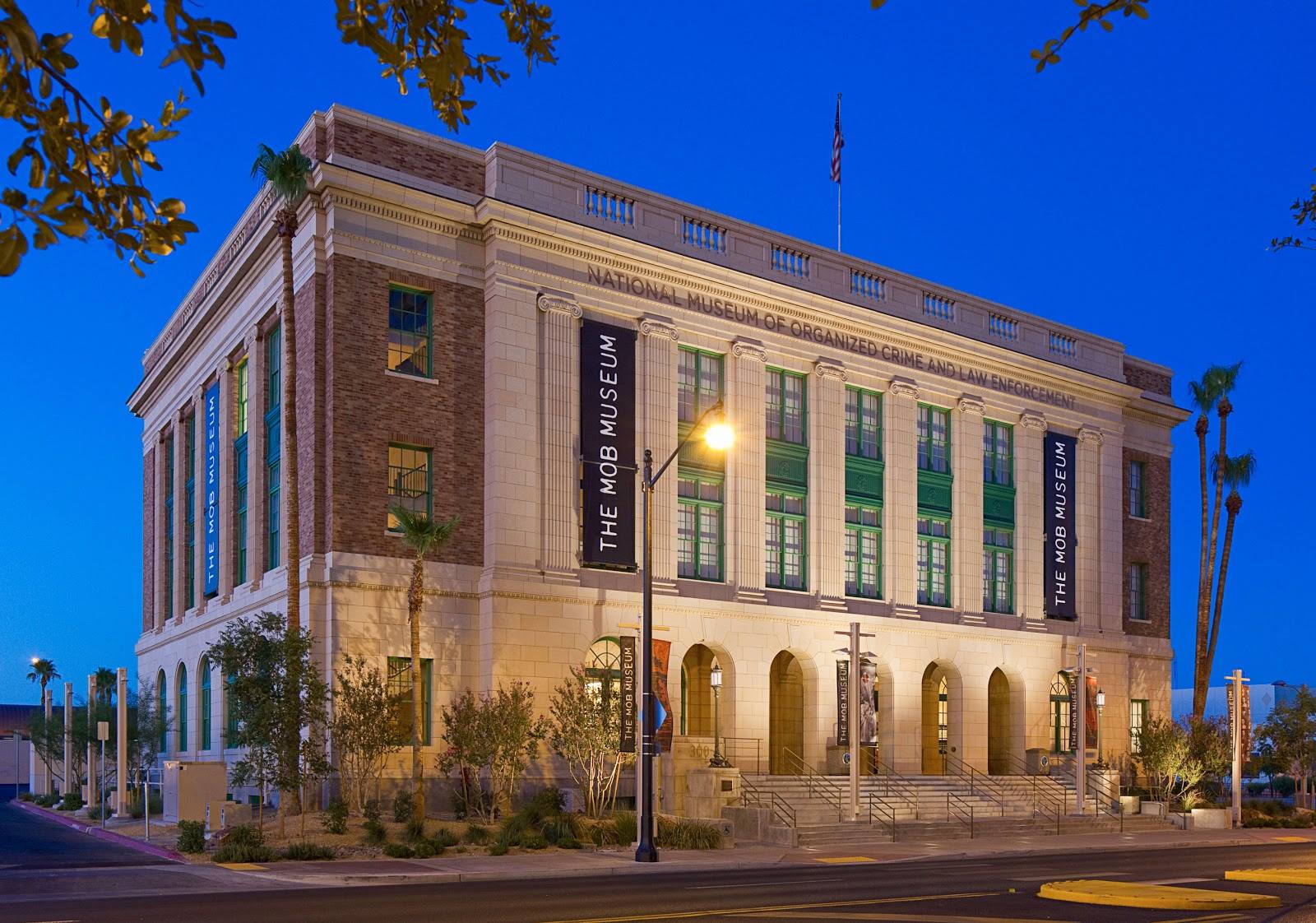 And The Mob Museum, ranked among the nation’s top 25 museums, explores the influence of organized crime in America and Las Vegas with head-turning exhibits and displays that leave nothing to the imagination.  Case in point? The Mob’s Greatest Hits – a photo wall of high-profile assassinations – in all their technicolor glory.

Rounding out Downtown’s museum offerings are the Discovery Children’s Museum and the Natural History Museum.  On the horizon is the new Nevada Museum of Art, the city’s first true fine arts museum under development and slated for its future home at Symphony Park, home of sculptor Tim Bavington’s colorful “Pipe Dream,” one of the most Instagrammed spots in all of Las Vegas. 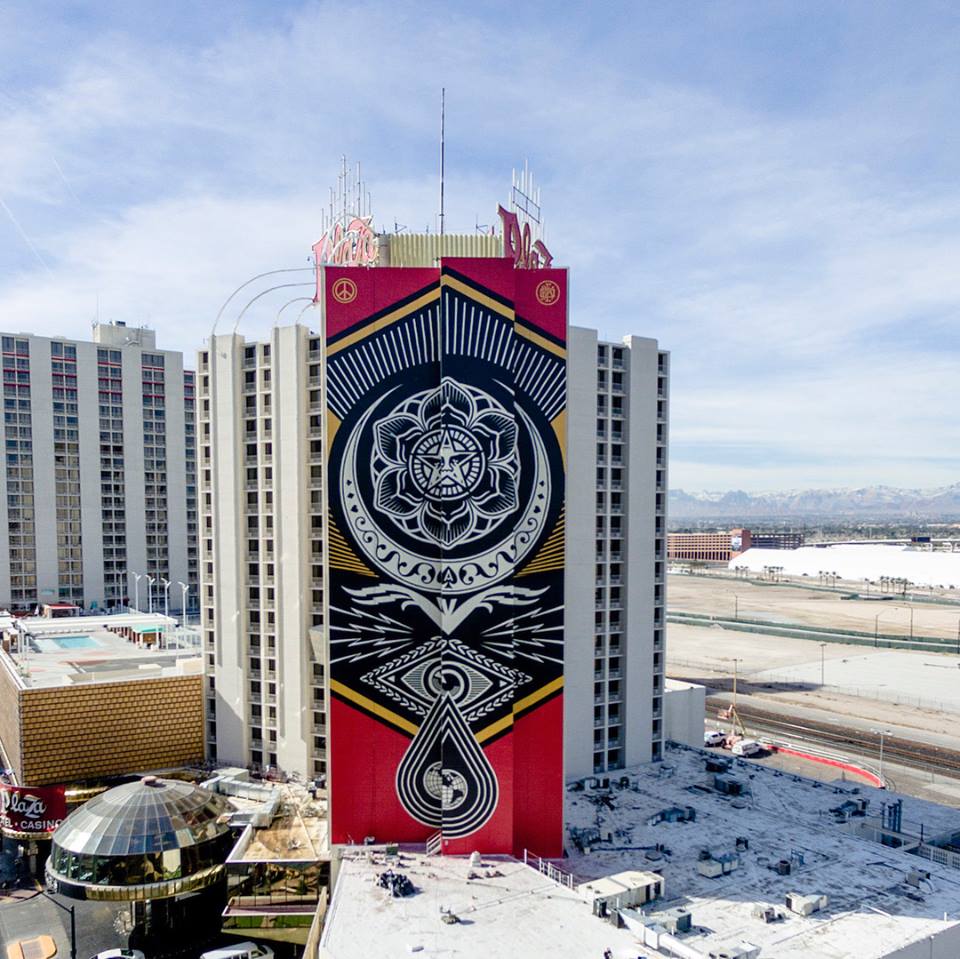 Public art in the form of massive outdoor murals graces many Downtown buildings and walls, creating visual interest and sparking conversation.  Street artist and political activist, Shepard Fairey is just one of several artists whose works have found a home in Downtown Las Vegas.  His masterpiece, “Cultivate Harmony,” envelops The Plaza Hotel Casino.

In addition to colorful murals, street art punctuates the area that is populated with locally-owned bars, restaurants, coffee shops and retail boutiques, many in reimagined spaces. Consider “Radial Symmetry,” a 20-ton sculpture by Luis Varela-Rico, installed in summer 2018 at the intersection of Commerce and Main Streets. Or check out “Snowball in Vegas,” local artist Jesse Smigel’s sculpture of a 10-foot-tall cat head that has become a landmark for The Arts District.

18b, The Las Vegas Arts District, a neighborhood of more than 18 blocks features an uber dense concentration of more than two dozen galleries and studios that are home to emerging and proven artists, alike. Artist make their homes in unique venues like The Arts Factory (a repurposed warehouse) and Art Square,  also home to Cockroach Theatre. Gritty and urban, the celebrated Arts District is a draw for the city’s creative minds who relish the area’s authenticity.

So where else would Meow Wolf, creators of immersive art experiences, build its next installation but Downtown Las Vegas?  Meow Wolf plans to take up permanent residence in Las Vegas as an anchor tenant at the proposed Area 15 retail and entertainment complex. The center, which will blend interactive experiences, themed events, art installations, bars and nightlife, is expected to open this year. 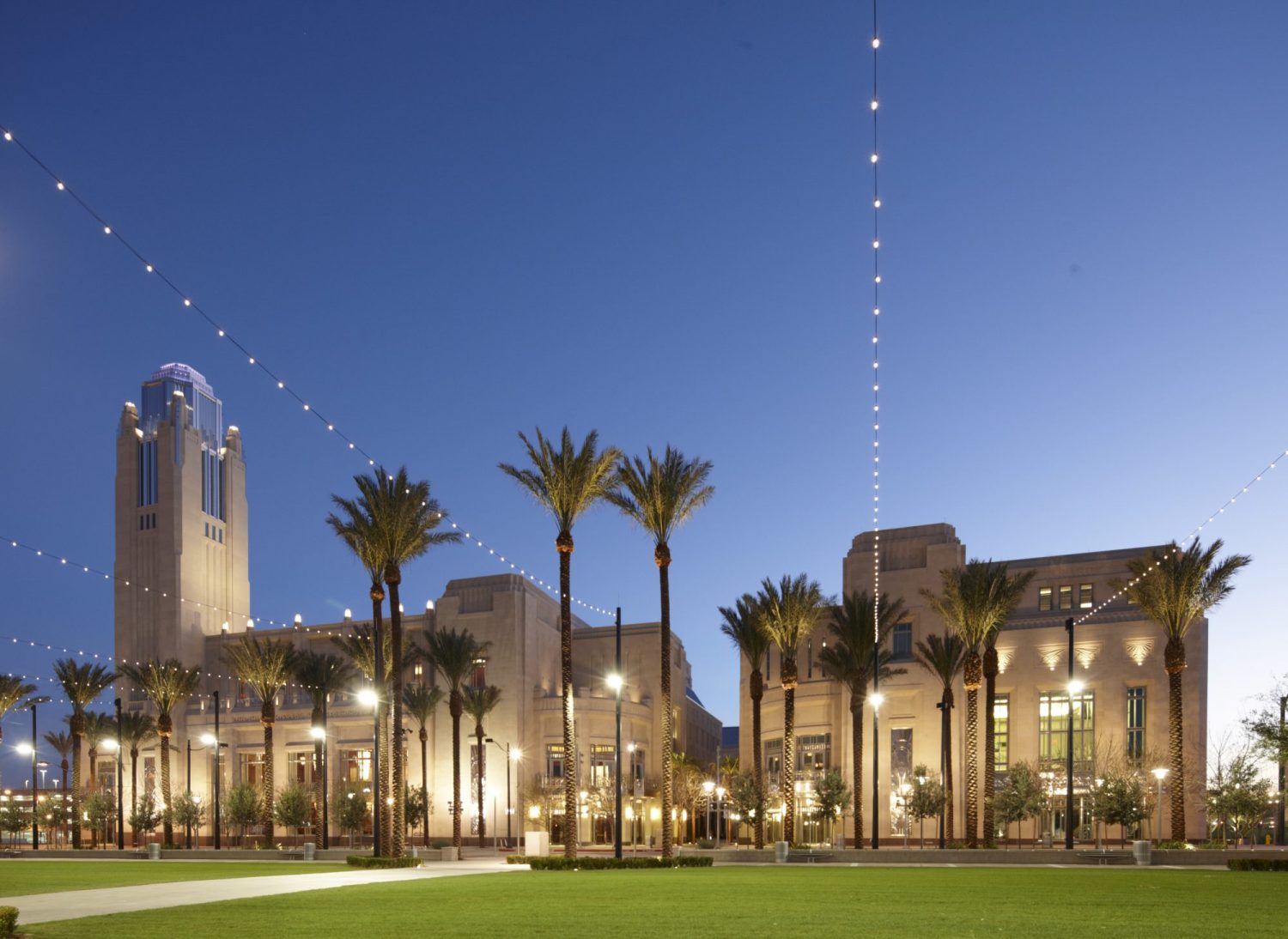 Yet another reason Downtown Las Vegas is THE center of the arts in Southern Nevada is The Smith Center for the Performing Arts, an architectural wonder and Art Deco nod to the region’s other architectural wonder – Hoover Dam. Home to touring Broadway productions, concerts, community theatre and the city’s two beloved resident companies – Nevada Ballet Theatre and the Las Vegas Philharmonic – The Smith Center boasts a robust schedule for a variety of cultural tastes.

Since it began in October 2002, First Friday Las Vegas, a monthly art festival and street fair, has continued to grow and now draws between 10-20,000 visitors who enjoy art, food, music and camaraderie of the event. The non-profit First Friday Foundation produces the Festival, a mainstay of arts and culture in Las Vegas. 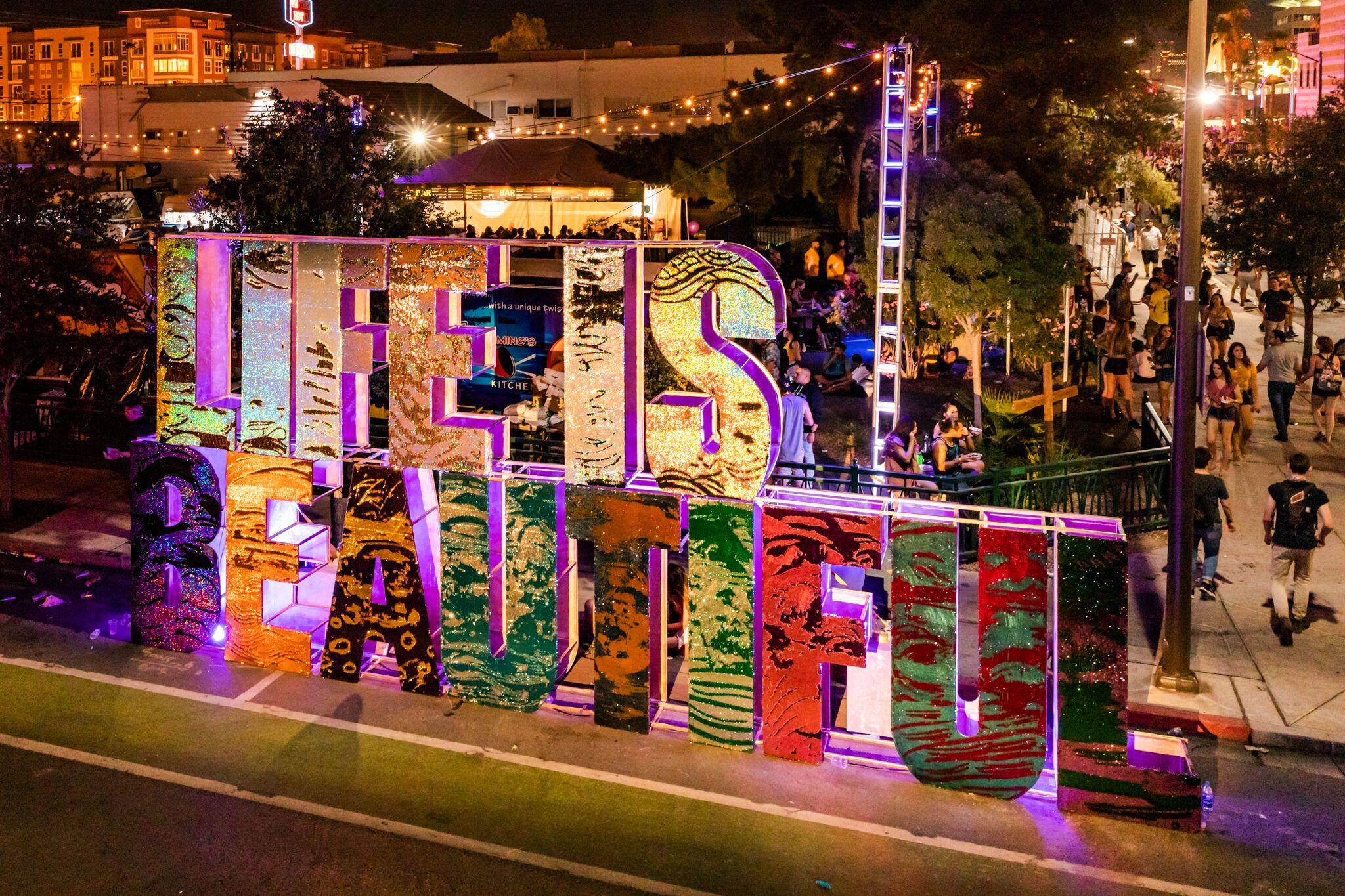 And of course, every September, the Life is Beautiful festival takes over Downtown Las Vegas with more than 150,000 festival-goers from all over the world who enjoy a star-studded line-up of bands, musicians, thought leaders, chefs, visual artists and artistic influencers.

For those living in Downtown Las Vegas, the arts create a vibrant, robust and diverse community full of interesting and creative people and an ever-changing landscape of visual and performing arts. High-rise towers like The Ogden, Downtown’s iconic 21-story tower with a commanding presence, along with Juhl, a chic, loft-style community that spans an entire city block and known for its industrial chic design aesthetic, are just a few of the hot spots in the center of it all.

Downtown Las Vegas has a lock on the arts in Southern Nevada. Check it out and see for yourself!