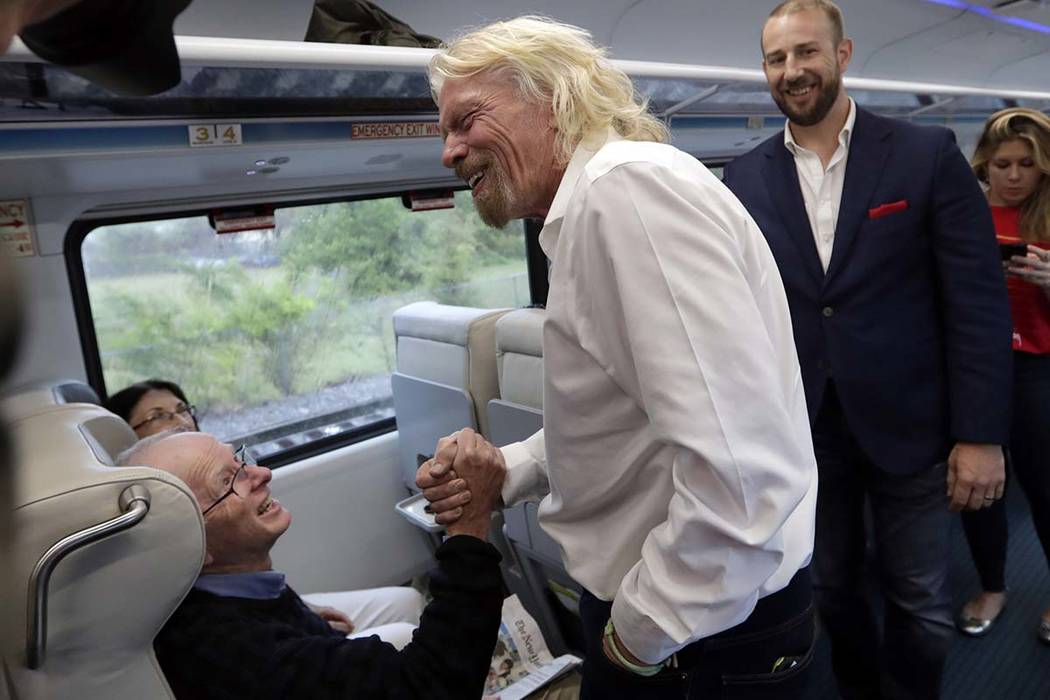 Bob O’Malley, Virgin Trains’ vice president of corporate development, told the Clark County Commission on Tuesday that the Las Vegas to Victorville, California, rail line is on track to break ground in the middle of next year, with operations to start toward the end of 2023.

The station would be on Las Vegas Boulevard between Warm Springs and Blue Diamond roads, moving away from a long-rumored site near the Rio.

“We had a number of different sites (in mind) when Virgin Trains came out and announced we were behind this project,” O’Malley said Tuesday after the commission meeting. “As you could imagine, numerous property owners came out of the woodwork and said, ‘We have a better site for you.’ We did our due diligence, and this was the right fit for us. I think it fits not just from a transportation operation standpoint, but nicely with the community and the overall reach.”

Finding a location within easy access to the resort corridor, Allegiant Stadium — which will have a parking lot with shuttle service to the stadium in the vicinity — McCarran International Airport and Interstate 15 made the site ideal for Virgin Trains, O’Malley said.

Similar to what it has done at one of its projects in Florida,Virgin Trains plans to build around the train station, which could include office, living and retail space, O’Malley said.

Design plans for the rail line are nearly 30 percent complete, and a construction crew has been hired, O’Malley said.

The timeline is contingent on Nevada approving tax-exempt, private activity bonds to go toward the project next month.

Before going in front of the Nevada Department of Business and Industry on Nov. 11, Virgin Trains is seeking the backing of the Clark County Commission, which will vote on a resolution of support for the project at its Nov. 5 meeting.

“We’ve come to this point where we do have a serious partner in Virgin who brings the funding and expertise,” Commissioner Michael Naft said. “This is a significant project for this community and one we’ve been waiting for for a long time.”

The Nevada Department of Business and Industry will consider two $100 million requests from Virgin next month, with the first $100 million expected to be decided on at that time.

California will consider another $300 million and Nevada an additional $100 million request next year. Obtaining the total bond amount sought between the two states would allow Virgin Trains to be eligible for federal grant funding, amounting to a 4-to-1 match.

The Las Vegas-to-Victorville line would be the first step toward linking Las Vegas to Union Station in downtown Los Angeles.

Virgin Trains, formerly Brightline, has run a high-speed rail system in South Florida for about a year from Miami to Fort Lauderdale to West Palm Beach, with an expansion to Orlando underway.

While residents in Nevada and California may doubt the project because of its history of talk and no results, O’Malley said Virgin Trains’ work in Florida should alleviate those concerns.

“We’ve done it in Florida, and we’re applying the same model here and we execute,” he said. “We’re a transportation company that’s building a transportation system, and we know how to do this.”